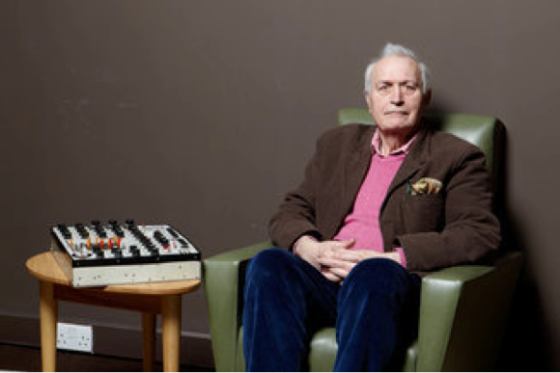 In the mid 1960s British born engineer, inventor and musician Peter Zinovieff was in Unit Delta Plus with BBC Radiophonic Workshop members Brian Hodgson and Delia Derbyshire. Based in Peter’s London studio, their intention was to create and promote electronic music, which they did at experimental and electronic music festivals including performances at the Windmill Theatre and The Roundhouse.

Since their creation, the products produced by EMS have been used to create some of the most groundbreaking music of the late 20th and early 21st century. Users include Pink Floyd, Kraftwerk, Roxy Music, Tangerine Dream, The Who, Brian Eno, David Bowie, Jean-Michel Jarre, Sonic Boom, Portishead, and Aphex Twin, to name but a very small number.

Peter continues to compose music today, and has composed a piece especially for this event.